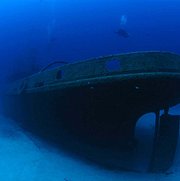 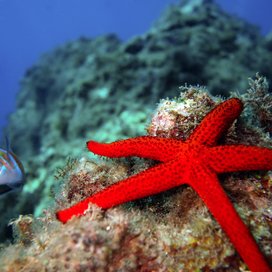 Lampedusa Island is the southernmost point of Italy. Because of its remote location, it is perfect for a quieter getaway and you are more likely to encounter large pelagic marine life while enjoying some great critter finds.

The Maltese Islands' clear blue Mediterranean Sea is ideal for scuba diving. All three Islands offer some unique diving experiences with an abundance of reefs, caves and wrecks that make diving here some of the most interesting in the Mediterranean.

The calmness and clarity of the sea makes for excellent visibility whilst the risk of encountering dangerous fish is extremely low, creating the ultimate conditions for first time divers and beginners. For the more experienced divers, there are plenty of challenging dives to choose from.

Located 60km north of Palermo the Marine Reserve of Ustica is home to incredible natural gems right below the water’s surface.

The seabed is made of black lava stone, and is a diverse underwater beauty that reveals itself via exploration of up to 30 different dive sites, most of which are for divers of all levels.

Another highlight of Ustica Island is the numerous caves that exist within the seaward plunging cliffs of the island, such as Grotta Verde, Grotta Azzurra and Grotta dell’Orro. The grand variety of volcanic rocks spread out around of the island are also interesting feature not to be missed. For wreck diving enthusiasts there are several World War II wrecks waiting to be explored near to Palermo, such as the wreck of the Secca della Colombara.

Blessed with warm, clear water and abundant marine life, it’s not surprising that Egypt’s Red Sea has long been considered one of the world’s top scuba diving destinations. The diversity of the Red Sea's reefs means that there’s something for everyone - whether you’re interested in bucket list megafauna or hard-to-find macro species.

Egypt offer shipwrecks aplenty, pristine coral reefs and colorful marine life. All divers will enjoy exploring the area's many dive sites and of them Sharm El Sheikh, is one of the region’s most iconic dive spots.

Sigonella Scuba Club goes on dives both on and off island. Among the places we will be visiting this year are Syracusa, Taromina, Reggio Calabria, Lampedusa, Malta, and Egypt. We will also be doing two underwater & beach clean ups. The best part, you don't have to be a diver to enjoy our trips.

Located between the sea and a remote inland that preserves many natural riches, Syracuse enjoys a particularly mild climate that makes diving possible even in the late autumn and early spring. While diving in Syracusa, you may see Roman Greco columns, beautiful walls, arches, and beautiful the mermaid statue dedicated to world record freediver Rossana Mojorca.

This is an amazing dive for all divers with deep dive certification. The Nevada was a merchant ship, which sank on January 21, 1979, 3 kilometers offshore. It came from Trapani: her holds were fully loaded with sea salt. This is a beautiful shipwreck that is of high interest to underwater photographers.

Taormina attracts divers from all over the world because of its warm, crystal-clear waters and the most incredible variety of dive sites along small bays and cliffs as well as in marine protected reserves.

Taormina is located on the east coast of Sicily where you can enjoy Mediterranean underwater flora and fauna, the fascinating caves and interesting ruins date back to the Greek and Roman period! This is the place in Sicily to really enjoy well organized, relaxing scuba diving in attractive surroundings.

The German Bettolina is a small cargo ship sunk during the Second World War off the coast of Lazarus, a small village south of Reggio Calabria, overlooking the Ionian Sea at the point where it joins the Tyrrhenian Sea. It is the wreck of an armed transport vessel of the German Navy, used for coastal cabotage. It is found lying on a sandy-detrital ground in navigation trim with the bow facing North at a depth of 36 meters and with the stern at 42 meters.

In the shadow of mighty Mount Etna lies a watery Eden, nourished by a legacy left by a turbulent volcanic past. Some of  Sicily's most popular dive sites are located just off the coast of Catania, including Grotta Jonica, Grottadell'amore and the Arco Grande. A set of grottos and underwater arches at the shallow depths of 12-15m making them easy to navigate and offer multiple chances to spot fish, colorful corals and even an octopus if you're lucky!

If you are AOW certified or working towards your Advanced certification, Do not miss out on night dives. As the rest of the reef is asleep, the marine landscape comes alive with bioluminescent nightlife.